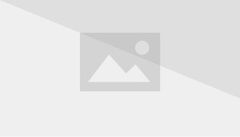 Al Bundy was one of the main characters in the FOX Sitcom Married... With Children with his wife Peggy Bundy. After FOX cancelled his show. He moved onto other stuff.

Al tends to get annoyed a lot of things. For starters... The French. The reason why he hates them is because when he went on a holiday to France with his wife, he tripped over french fries that were spilt by Gay Luigi, immediately after he tripped over the fries, he ran (dragging Peggy along the road) to the airport and hijacked an airliner and flew straight back to Chicago. He is also a brony and a clopper, he often plays "Banned From Equestria". He and his family live in a trashy Chicago low end two-story household. There Next-Door Neighbors being Marcy D'Arcy and her husband Steve Rhoades.

Al was born in 1952 in Los Santos and grew up there. In 1967 he met his future wife "Peggy Bundy", and in 1971 he married her and moved to Las Vegas and won the lottery of $1,000,000, only to blow it all on gambling, after that they were both homeless and caught a freight train to Chicago were they brought the house they lived in for only a penny from Trevor Philips. Shortly after they raised two children, a daughter called "Kelly Bundy", and a son called "Bud Bundy".

In 1986, Embarrassment Communications (aka Embassy Communications) asked his family if they wanted to do a sitcom on there family, Al accepted the offer and in 1987, "Married... With Children" began airing on FOX.

After the show ended in 1997, he began to look for a better future. He and his family began trafficking drugs in the Chicago area, In 2002 they were charged with drug offenses which were dropped quickly due to the lack of evidence. In 2010 he joined the brony fandom and began to watch "My Little Pony: Friendship is Magic" and later became a clopper and started to watch loads of Rule 34 MLP Content. He is currently planning on going on holiday to Equestria with his family.