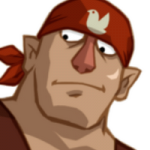 THIS USER DOESN'T WANT YOU EDITING THEIR PAGE!

Hello, I'm Deathly Trooper, I'm an Admin in the YouTube Poop wiki who likes to work editing, creating and adding more information to articles. I also was one of the writers of the War of the Squads. If you want to ask me something for help, please leave a message and I will reply,

You can also find me in my other accounts such as YouTube and DeviantArt.

Oh.. and don't forget to visit the profiles of

They are writers of War of the Squads and they help this wiki to grow and if you want, you can ask them if you need help with a problem. Remember to keep a positive attitude in each of the users previous named, some are moderators and admins and don't forget to keep your YTP level to the maximum overdrive when you're seeing YouTube Poops in this wiki.

Thanks for listening and have a nice day.

I'm also working in DeviantArt and YouTube making fanarts and videos. My biggest goal in YouTube is to make my first YTP while in DeviantArt my goal is simple, cooperate and create enough vectors for fandoms and making more friends in both sites. I have gained some popularity in DeviantArt, but I can't say the same of YouTube, however I'm trying my best to fix it and get more followers and viewers in both accounts, I hope you can also cooperate following me in my DeviantArt and YouTube accounts, just if you want.

Weegee is considered the most important thing in a YTP. His appearances could mean death and destruction, but not always it's like that. Weegee also represents funny humor in many YouTube Poops in which he has appeared. Which also means that Weegee is an omnipotent being in YTP Universe and probably the supreme leader of The Gods of YTP. His family are Malleo, Walleo, Waweegee, Patreegee, Squeegee and many other people infected by the Weegee Virus. Malleo is probably the most close relative of Weegee, since he appeared with him in many images killing people along with his brother and other family members. Thus, Weegee is clearly the most badass character in our planet and the only one who can save us from the fury of the giant spaghetti monster. However, there are monsters and entities jealous of Weegee, such as Skodwarde and his Skodwarde Squad, but Weegee achieved to shut them up and they escaped from here like little girls. Despite Skodwarde killed him in the past, Weegee was resurrected and Skodwarde and his squad were destroyed forever, while Weegee once again proclaimed himself the supreme leader of YTP for the rest of eternity, while Skodwarde is now rotting in Hell. And remember...

Retrieved from "https://youtubepoop.fandom.com/wiki/User:Alfonso720?oldid=200791"
Community content is available under CC-BY-SA unless otherwise noted.