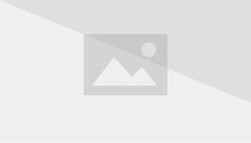 Yoshi (Yoshipodicasaurus Homoerotica) is a dinosaur native to Yoshi's Island. He is good with his sticky tongue, egg producing (which, by the way is SUPER BADASS!!) and he is naturally in love with another type of gay dinosaur called Birdo .

His natural habitat is on the fittingly named "Yoshi's Island". Yoshi's Island is an esoteric place, where clumsy storks roam while homosexuality, witchcraft and incest runs rampant. It also rains Italian children and toast. Yoshi's Island is also home to various strange forms of fauna and flora. These include pygmy aboriginals, and completely useless tomatoes with no function whatsoever. Yoshi locals have the propensity of being changed to a 2D, book-like state.

Since the start of the recorded history of Yoshi's Island, many inhabitants have emigrated to the Mushroom Kingdom, where any form of life can mount the back of a Yoshi without any thought, and start humping the crap out of the green dinosaur.

Yoshi cupcrake is the deadly(100% badass) food made by Yoshi during his work in Scoopa Koopa. These are the secret ingredients:

By far the most bad-ass food made in Mushroom Kingdom besides Sos and the most healthy too.

This article has a gallery page!
Click here to view it.
Community content is available under CC-BY-SA unless otherwise noted.